The results for the 2022 Bartender Spirits Awards are out and we are pleased to announce that “World Whisky Of The Year” award goes to Armorik French Single Malt Whisky Yeun Elez.

The Bartenders Spirits Awards, organized by the Beverage Trade Network, is one of the leading spirits competitions in the USA that rates the spirits with the focus of the bar industry. It is a competition in which each spirit is judged by taste, mixability, balance and versatility, value for money, and packaging.

France’s Armorik Single Malt Whisky Yeun Elez, with 96 points, became a proud winner of “World Whisky Of The Year” award at the 2022 Bartender Spirits Awards held on May 15 in San Francisco, USA.

Armorik French Single Malt Whisky Yeun Elez is a peated Breton Whisky, distilled from peated (50ppm) malted barley from Scotland. It has been distilled and matured to highlight its delicate, elegant and fruity peat. The brand is imported in the US exclusively by Heavenly Spirits LLC.

The name Yeun Elez comes from an old peat bog located in the heart of the Armorique Natural Park, which is also home to many Breton legends, including that of Tadic Coz and Jobic, who rid the local towns of ghosts.

The Armorik distillery located in Lannion, Brittany has been making high quality liqueurs and spirits for over 100 years. In 1900, Leon Warenghem created his first product, the Elixir d’Armorique, a distillate of 35 plants which won awards at international exhibitions in 1902. Since then, from one generation to the next one, the distillery has created a small range of unusual fruit and plant-based liqueurs, honey liqueurs, apple brandy, beers and whiskies. 30 years ago, Warenghem was the first and only distillery to ever produce double distilled whisky in France and today it remains the most renowned. 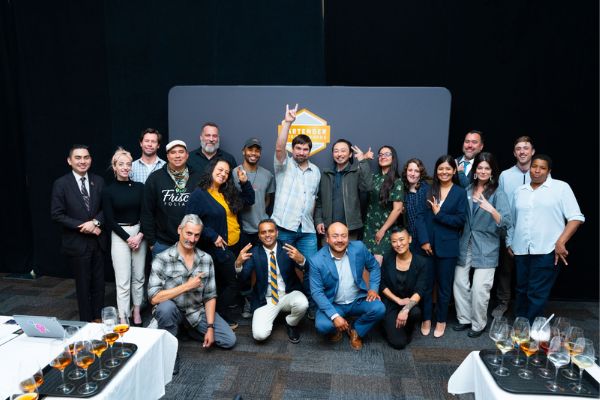 The entrants are evaluated by top Bartenders, On-Premise Buyers and Bar Managers from around the world. These leading spirits experts judge the spirits with the aim to provide independent and honest reviews for brands targeting the US on-premise trade.

Here are the top winners of the 2022 Bartender Spirits Awards:

-Vodka of the Year: Port of Entry Vodka