Eryn will join the judging panel of 2021 Bartender Spirits Awards this may in San Francisco where leading bartenders of the USA will review spirits for the on-premise market.

Originally from Portland, Oregon, Eryn Reece has worked in the restaurant industry for over two decades. Her interest in cocktails was piqued while still in the Pacific Northwest, during her time at Seattle favorite Mona’s Bistro & Lounge. It was her 2007 move to New York City, however, that jump-started her career and set her on the path she walks today.

Her concept of cocktails was revolutionized under mentor Tony Abou-Ganim at the storied Bar Milano. Since then, she’s had the opportunity to work at some of the most celebrated bars in the city. At the beloved East Village destination Mayahuel, she fell in love with tequila and mezcal, harnessing her knowledge of all things agave. From there, she segued into her noteworthy tenure as head bartender at world-renowned Death & Company and the rest, they say, is history. 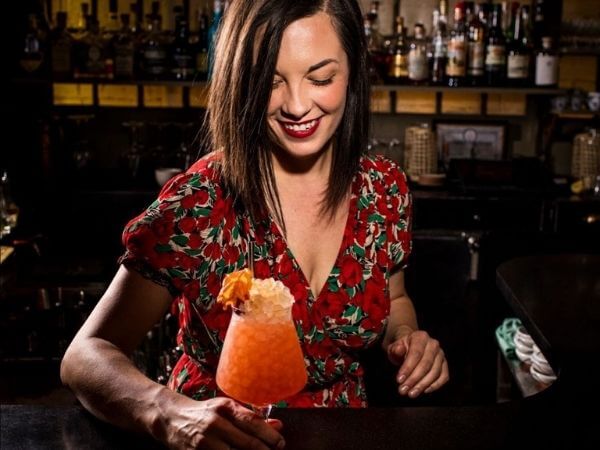 One of Reece's signature drinks at Banzabar is Shackleton's Urn (image below). The cocktail was inspired by the Cobra's Fang cocktail. It comprises two types of gin, rum, lime, passionfruit, ginger, cinnamon, and peach. It is served on crushed ice in an urn-shaped container with a lime lit on fire. The container was created specifically for the glass by a company in Portland, Oregon. Reece refers to Flavor Bible by Karen A. Page and Andrew Dornenburg when creating new cocktails. In PUNCH, Reece shared that Tyson Buhler's rye whiskey cocktail, the Warrior Poet, was one of the best drinks she had ever had. The worst drink she has ever had is Amaro Sibilla. Her favorite bar is Good Night Sonny and her "go-to" drink at a cocktail bar is a Daiquiri. In 2013, she named Joaquin Simo one of her favorite bartenders.[Source: Wikipedia] 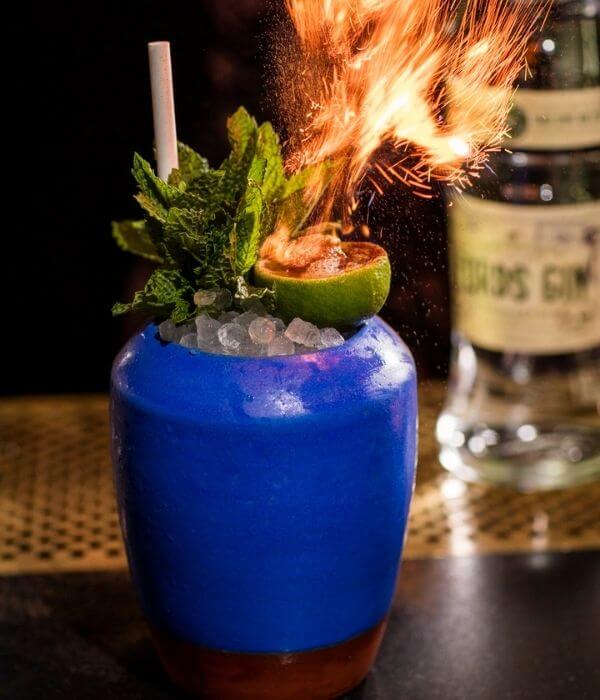 Today, she runs the beverage program at the long-celebrated Freemans Restaurant, having helped pioneer the concept of its upstairs speakeasy-style cocktail bar, Banzarbar. Eryn is a Beverage Alcohol Resource (BAR) 5-Day Certification graduate and is a founding member and secretary of LUPEC NYC, an organization that champions female bartenders everywhere. In 2013, she became Speed Rack national champion as well as a Dame Hall of Fame Inductee by Tales of the Cocktail.

Since then, Eryn has been a long-time mentor in the Cocktail Apprentice Program at Tales of the Cocktail and has judged a variety of cocktail and spirits competitions. She has been featured in numerous publications including Imbibe, The New York Times, and Cosmopolitan, to name a few. She resides in Manhattan.

Eryn will join the judging panel of 2021 Bartender Spirits Awards this may in San Francisco where leading bartenders of the USA will review spirits for the on-premise market.