Jinro Soju is a simple, well-crafted spirit and a tasty alternative to traditional vodka and is no longer a Korean secret.

Jinro Soju (the Spirits distilled from the grain 13-24% ABV) has consistently held its place as the number one soju brand in Korea since its launch in 1924 while revolutionizing Korea's drinking culture. According to International Wine and Spirits Research (IWSR), which ranks the world's largest spirits brands by volume annually, for the past 20 years, Jinro Soju has been the world's best-selling spirit brand, outselling competitors such as Stolichnaya, Bacardi, and Johnnie Walker.

Jinro Soju has also received numerous awards in the International Spirits Competition for its exceptional taste and quality. The success is attributable to the brand's nearly century of spirit-making artistry and a passion for blending a spirit from the finest natural resources of Korea- the choicest grains and spring water.

The Korean Peninsula introduced the Levantine distilling technique during the Mongol incursions of Korea (1231–1259) by the Yuan Mongols. They acquired the technique of producing arak from the Persians during their invasions of the Levant, Anatolia, and Persia. The distilleries were built in and around Gaegyeong, the then-capital city (current Kaesong).

Soju is still referred to as arak-Ju () in Kaesong's surrounding areas. [14] Andong soju, the direct ancestor of modern South Korean soju varieties, began as a home-brewed liquor established in Andong, serving as the Yuan Mongol's logistics base during this period.

Traditionally, soju is made by distilling alcohol from fermented grains. The rice wine for distilled soju is typically fermented for about 15 days before distillation. The distillation process includes boiling the filtered, fully grown rice wine in a sot (cauldron) finished with soju gori (a two-storied distilling appliance with a pipe). In the 1920s, the Korean Peninsula had over 3,200 soju breweries.

Soju was considered a distilled drink with 35% ABV until 1965, when diluted soju with 30% ABV appeared due to the South Korean government's prohibition of traditional soju distillation from rice to alleviate rice shortages. Instead, soju was made by combining highly distilled ethanol (95% ABV) from sweet potatoes and tapioca with flavourings, sweeteners, and water. The finished products are marketed under various soju brand names.

All soju producers in South Korea are supplied with ethanol by a single supplier (Korea Ethanol Supplies Company). Saccharin was the most commonly used sweetener in the industry until the late 1980s, but it has since been replaced by stevioside. 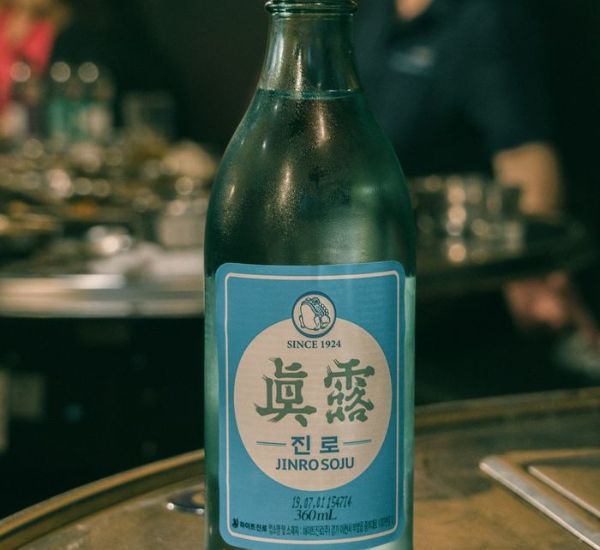 More about Jinro Soju - The World's no.1 Spirit

Jinro Soju is a clear, neutral spirit with about half the alcohol content of vodka. It is best served chilled and commonly consumed alone and with food. It can also be used as a vodka or gin substitute in cocktails. Jinro's website has cocktail recipes ranging from the simple to the complex, including the

Jinro is mainly remembered for its soju, but the company also makes other alcoholic beverages. Jinro Chamisul Classic Soju has been produced since 1924. Jinro Chamisul Fresh Soju is a lower-ABV version that has been filtered through charcoal produced from Korean bamboo. Jinro 24, a spirit with a 24% ABV, is ideal for mixing in cocktails.

Soju plays an important role in K-Dramas, as it does in real life. Visitors often imitate soap opera characters' drinking habits. As Daniel Gray, the director of Seoul-based food tour company Delectable Travels, stated, "imitating an art and getting it done in real life," Gray told VinePair in 2016. 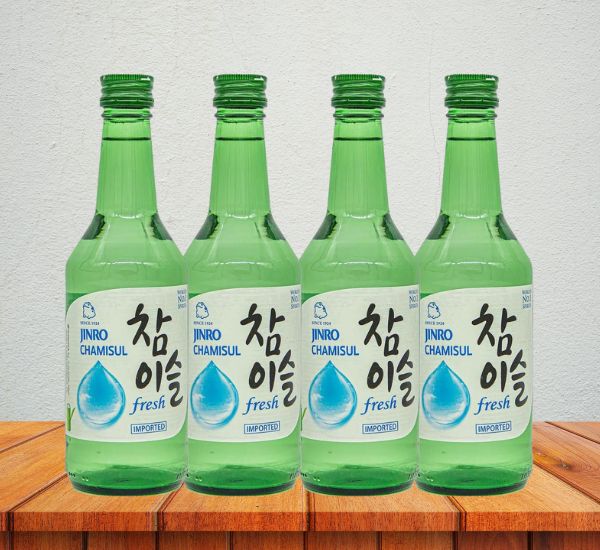 The production methods are similar to those used for vodka, and the flavour profile is similar, albeit slightly sweeter. Soju diluted is similar to low-strength vodka in that it has all the flavour but less alcohol, making it ideal for mixing.

2. How do you drink Jinro Soju?

It has a lower, more palatable abv and is typically available in various sweet flavors. In addition, soju can be drunk straight or shot as a less cringe-worthy substitute for other spirit shots.

That being said, Soju's versatility is one of the reasons for its popularity. A socol (a long drink with cola) and a somaek are two popular drinks (a measure of soju in a glass of beer). It is delicious mixed with fruit juice (I recommend apple), but it is also drinkable and is frequently served in small glasses with food.

Soju is frequently mixed with beer, yoghurt drinks such as yakult, and even Soju lattes. Soju can be substituted for almost any white spirit or liqueur. Soju palomas, soju mojitos, and soju martinis, the possibilities are limitless.

3. What foods does it match with?

Soju is designed to be consumed with food. It includes side dishes like kimchi to main courses like nogari (Alaskan pollock with peanuts). Samgyeopsal is a Korean dish more easily found in the Western world (barbecued pork belly).

4. How many bottles of Jinro are sold each year?

Jinro makes up half of all white spirits sold in South Korea; soju accounts for the other 97%. In 2013, global sales totalled 750 million bottles; Smirnoff's second-largest spirits brand sold less than half that amount.

5. What varieties are available?

HiteJinro, the producer, makes a variety of sojus. Chamisul (as advertised by everyone's favourite Korean rapper, Psy) and Jinro (made from a blend of barley, rice, sweet potato, and tapioca) are the two brands sold outside of Asia, and they come in a variety of strengths for different markets: 20%, 24%, and 25%.

Jinro Rice, barley, and tapioca are used to make soju. Although this combination of starches is common today, soju was originally made entirely of rice. When the Korean government prohibited the use of rice in soju production, Jinro and other producers changed their approach. The prohibition was lifted in 1999.

Soju drinkers had grown accustomed to their cheaper spirit, so soju producers started incorporating rice back into their recipes while also including stand-in ingredients such as sweet potato. A starch mixture is now the new normal.