Bittercube co-founder Ira Koplowitz says, "Bitters are like the spice rack of the cocktail world." Let us learn more about bitters and their types in this article.

Bitters are the extraction of seeds, herbs, roots, bark, leaves, flowers, and fruit liquid from various plants. They are very concentrated and are used to flavor cocktails by the dash. These tinctures are primarily utilized in cocktails, where a dash can lend a refined, subtle flavor to an otherwise uninteresting drink.

According to Koplowitz, apothecaries have employed bittering agents to cleanse the body of impurities and aid in digestion since ancient times. Bitters are now sold in small bottles with eyedroppers, and just a few drops can radically alter the flavor character."When applied judiciously, they expose the diversity of aromas and flavors in a cocktail," Koplowitz said.

Bitters have a wide range of flavors based on style, ingredients, and marking. Some brands have a distinct flavor profile, while others are creative. Angostura has a spicy character with cinnamon undertones. Santa Teresa makes bitters with coffee and cocoa overtones.

Today's cocktail bitters variety goes much beyond Angostura, which was once the most popular brand. Aromatic and orange bitters are popular, while novel flavors like celery, lavender, and root beer bitters can lend unique complexity to beverages. Exploring the wide range of bitters available opens us to a world of intriguing cocktail options. Bitters can contain anywhere from 20% to 50% alcohol by volume. 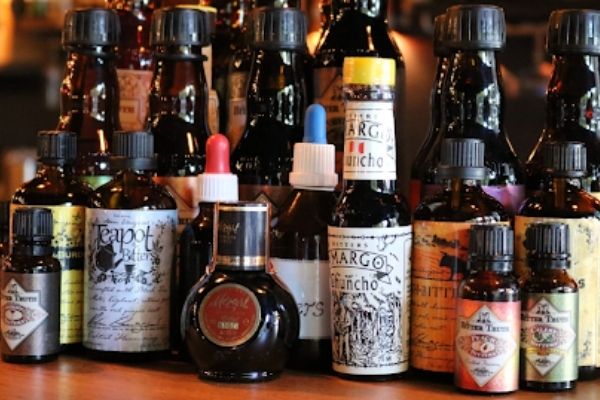 Cocktail bitters are prepared from a tincture of water and alcohol, containing spices and plant-based components. They're rarely served straight because the flavors are much more intense than digestifs. Some of the best cocktail bitters available are Angostura, Regans' Orange, Peychaud's, Bittermens, and The Bitter Truth.

A boom of commercially accessible bitters in myriad diverse tastes has accompanied the 21st-century cocktail revolution. There are hundreds of different variations to pick from. While some flavors are difficult to categorize, most bitters fall into one of the following groups.

Cocktail bitters are great finishers for even the most basic drinks, thanks to their intense flavor. A splash or two altering flavors can even improve a whiskey on the rocks. Using a variety of bitters can aid in the creation of powerful and complex cocktails that stand out from the crowd. 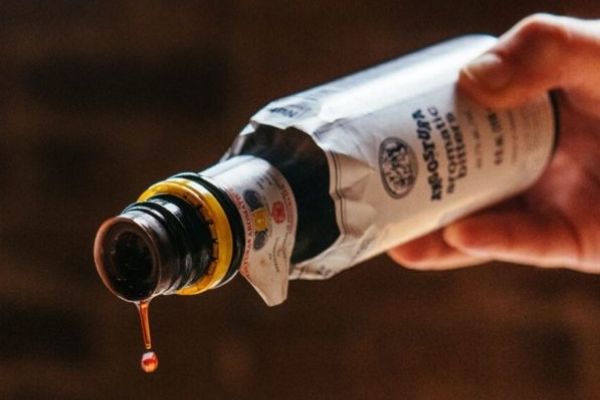 Angostura is a staple for bartenders and chefs. These bitters are made in Trinidad and Tobago and are used in classic cocktails, including the Old Fashioned and Manhattan. Angostura bitters are not made from angostura bark; instead, they are made in the town of Angostura, from where they get their name. Gentian root is one of the botanicals employed and has more than 40 other compounds. Cloves, cinnamon, and other spices are among the flavors complemented with bitter and woody overtones.

Peychaud's bitters are produced in New Orleans, flavored with gentian root and aniseed (licorice), saffron, and citrus. The bitters have a bright red hue and a strong, pleasant aroma and are used in traditional cocktails like the Sazerac and the Vieux Carré.

While Peychaud's and Angostura are the most well-known bitters, there are a variety of specialty flavors of bitters that you can use in place of regular bitters to give exquisite aromatics to your drink. Bitters give cocktails more depth and complexity—aromatic bitters flavored with herbs, spices, and barks. Aromatic bitters complement whiskey and rum cocktails beautifully. Citrus bitters are high-proof alcohols infused with citrus peels. The most popular bitters are orange bitters. Herbal bitters can add flavors and aromas, such as thyme, lavender, and tarragon. 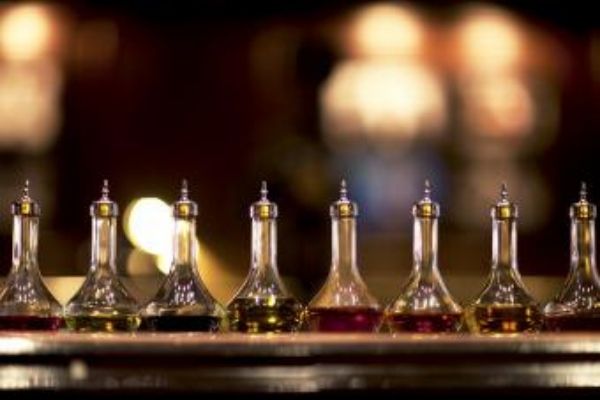 With undertones of cardamom, caraway, coriander, anise, and cinnamon, orange bitters have a distinct zesty flavor from orange peel.

Lime, lemon, and grapefruit are commonly used to make citrus bitters. Some brands blend all these citrus fruits in one bitters bottle, resulting in a vibrant citrus aroma. They pair well with a variety of base spirits and cocktails.

Celery flavored bitters have been known since the nineteenth century but with a significantly varying formulation. Celery seeds are commonly included in modern versions of celery bitters. These bitter are a must-try in savory cocktails like Bloody Marys and Martinis with gin or tequila. When mixed with citrus notes from a lemon, their vegetal and earthy overtones work incredibly well.

Aside from citrus, bitters go nicely with stone fruits, drupes, and berries. Fruit bitters add a little sweetness and a hint of seasonality to a dish. Fruits work well according to the seasons, like cranberry bitters in winter; cherry, plum, apricot, and peach bitters; and in the fall, pear and fig bitters.

Cocoa and cacao are used to infuse chocolate bitters. They pair well with spirits that have been matured in barrels. Chocolate bitters' rich vanilla and coffee overtones nicely enhance the flavors imparted by oak barrels on rye, bourbon, Anejo tequila, and black rum.

Dried chili peppers are layered with subtle botanical notes in spicy bitters, which adds a welcoming, nuanced heat to cocktails in a regulated and balanced way. Some popular spiced bitters brands are Bittermens, Bittercube, and Hella Bitters.

Floral bitters incorporate the aromas of jasmine, dandelion, lavender, hibiscus, and chamomile. These bitters complement cocktails made with lighter spirits like vodka, gin, or tequila.

The variety of bitters available on the market might be overwhelming, especially for a novice cocktail connoisseur. Here are some cocktail bitters recommendations: