Rum and sea have a long history that is still celebrated in Bermuda with their Dark ‘n Stormy cocktail.

The Dark 'n Stormy is a very important part of Bermuda's British history, which leads to the unique union of Bermuda's merchant and naval traditions. Of course, the Dark ‘n Stormy had to be 'discovered' before it became a drink worth preserving, and that tale is what makes the drink notably Bermudian.

A family of Bermudian rum producers, The Goslings, and several seasick sailors unintentionally collaborated to develop this delightful and potent highball. On this day most of the seamen in the Bermuda area will be seen enjoying their evening drink with a Dark ‘n Stormy in hand. It is the unofficial drink of Bermuda and the global boating and sailing society. 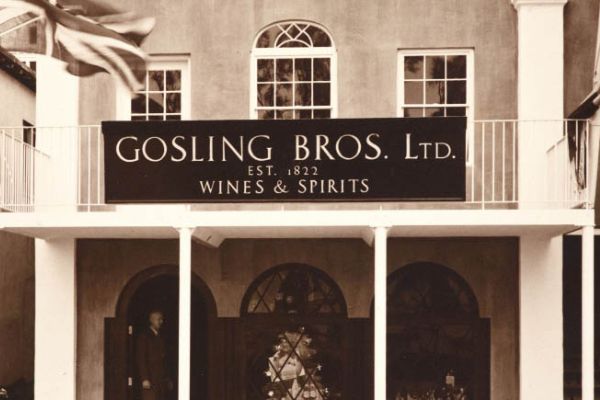 William Gosling was selling liquor in London in the early 1800s. But in 1806, his son James set off for America on the Mercury, a chartered ship carrying 10,000 pounds sterling in wines and spirits. However, the journey of Mercury's voyage did not proceed according to plan and the ship never made it to America, much to the delight of Bermuda's people, especially those who have a knack for alcoholic beverages. Instead, the Mercury was stranded in the Atlantic for almost 91 days due to which the ship's charter lapsed and the miserable crew had to land in Bermuda. When James landed in Bermuda, he fell in love with the place and chose to stay and open a shop on King's Parade in St. George's. The Goslings shop was later moved to Front Street in Hamilton in 1824, and the Goslings imported their first barrels of rum distillate in 1860. They dramatically improved their blending method, eventually producing the Gosling's Black Seal, one of the world's finest and most unique dark rums.

Up until 1914, Gosling's rum customers could refill used bottles directly from the barrel. But during WWI the Goslings started selling their rum in champagne bottles gathered from the Royal Navy Officers Mess. These British Navy officers stationed in Bermuda produced ginger beer as a seasickness treatment and it was extremely popular among them. 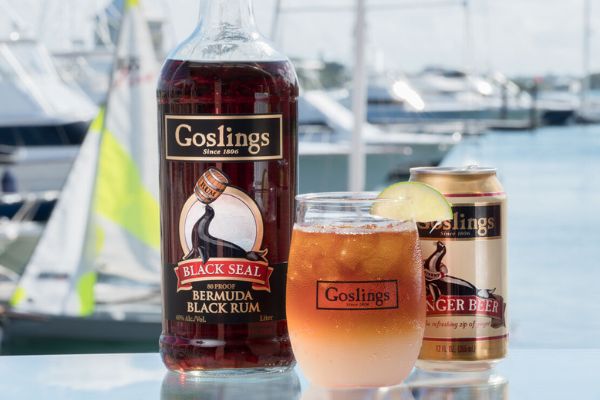 The exact way how rum and ginger beer met in the glass is not clear. It can be the work of a pioneering mixologist who was just trying out different combinations or a drunken sailor who dumped his rum into his mate's ginger beer, but the navy collaborated to create one of the world's finest elixirs. The discovery of a beverage that raised one's spirits and calmed the stomach became a reason for celebration, which is celebrated today also. This legendary drink got its name when a sailor was enjoying his drink and commented that the drink was “the color of a cloud, only a fool or a dead man would sail under.”

By the end of WWI, the names Goslings and Dark ‘n Stormy became closely connected not only in Bermuda but also in other places of the world. With the expansion of the company's rum export business, the popularity of the cocktail also increased globally. To secure the integrity of the recipe of the drink, the Gosling family trademarked the cocktail on June 9, 1980. It will guarantee that a cocktail can only be advertised as a genuine Dark 'n Stormy if it contains the main component - Goslings Black Seal Rum. Today you can enjoy Dark ‘n Stormy from anywhere in the world while capturing the true essence of Bermuda culture as it can only be made from Gosling’s Black Seal Rum. 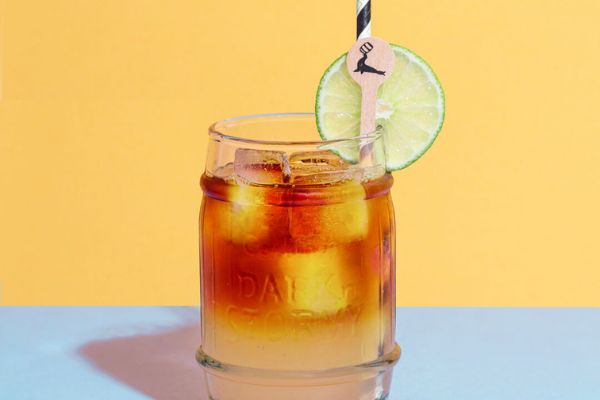 Dark ‘n Stormy deserves the celebration it receives due to its long history that originated with the British Navy, a name that has been derived from the tropical weather, and a family legacy.

With the history of Dark ‘n Story, it is also essential to know the recipe that is so closely guarded. And, here it is:

“You must stir the drink well or you will taste straight rum on your first sip.”

~Fill it with ice

This year on June 9th celebrate International Dark ‘n Stormy Day along with the sailors and cocktail lovers.