Over the past year, much has changed for spirits producers across the USA - and that applies to promotion as much as anything else.

Alongside uncertainty and dread, these last 12 months have been defined by an otherworldly feeling. It just hasn’t seemed real. No visitors allowed in tap and tasting rooms? Bars selling cocktails-to-go? Online instead of in-person tastings? Sitting outside in a makeshift shelter because you’re not allowed to eat inside at your favourite restaurant? Wearing a mask when you go to the restroom? It can’t be real, can it?

Alas, it has been only too real, with consequences that we are just beginning to understand. As the vaccine program continues its impressive onward march and the summer approaches, it might sometimes feel like the nightmare is over - but that seems unlikely. Covid-19 might have arrived in a hurry but no one is betting on it going away so quickly. It will be with us for a while yet.

That includes the way it will continue to impact how distilleries go about their business. At the moment, it’s not clear what that will mean for media relations, but we can have a good guess. The essence is this: the factors driving modern media relations in the past 20 years have been accelerated, meaning we’re left with the same but more so.

What does this mean? It means that a world in which media outlets struggled for money and time has got that little bit more difficult, and distilleries that struggled to pay for PR help also might be in trouble. It means that the days of sending a story out on the off-chance that someone might run it are over (‘distillery cat has tuna for lunch’), unless it’s immaculately crafted. It means that sending anything less than the full package is no use to anyone.

Now, more than ever, it pays to be smart. Here’s how to thrive in the new media landscape.

Covid’s impact on media, particularly print media reliant on advertising revenue, has been sizable. The result is as it has always been: job losses, and fewer people doing more work. What does that mean for you? It means two, apparently contradictory things - that it’ll be harder to build a relationship with journalists (they’ll be too busy) and that if you deliver good quality content, there’s a very good chance they’ll run it. More than ever, media outlets are going to be desperate for stuff to fill their pages.

There’s another aspect to this, of course - you might have less money, and will therefore be less likely to be able to pay for someone to do your promotion for you. It might be time to polish up your writing skills.

Copy needs to be pin-bright

That said - if you can afford PR, it’s a worthwhile investment (or hire a journalist - there’s plenty looking for work at the moment). Journalists’ lack of time means well-written content will be welcomed with open arms, but only if the subject matter is of interest (you don’t have to tell everyone about everything). Make it easy to use and the chances are that it will be.

Look at how Seattle’s Big Gin does things. Tidy writing, copy length not too short or long, on subjects that are likely to be of interest to one publication or another. It’s not complicated, but it does require writing skills - and good photography …

If there’s one thing that every distillery in the country should do now, it’s to invest in good-quality images capturing people, equipment, and products. Even more than journalists, photographers have suffered over the past year (and well before that), so hire one to take beautiful images that will pay you back many times over the next few years. A good picture is often the difference between appearing in a publication and hitting the cutting-room floor. And we all know how a good visual image can draw in readers’ attention. For inspiration, look at Copper Fox’s website; it’s full of beautiful images that make you keen to try the product.

Pitch to the right person

If you speak to journalists, you’ll hear a fair bit of moaning - some of it justified, some of it just out of habit. However, one legitimate cause of carping is the emails they get from companies and PRs punting products in which they are not interested and are unlikely ever to be interested. You have to tailor your pitch to the person you’re contacting. Invented a remarkable new spirit that doesn’t contain any calories or give you a hangover? Let the Washington Post know. Launching a new vodka? That’s one for local media. 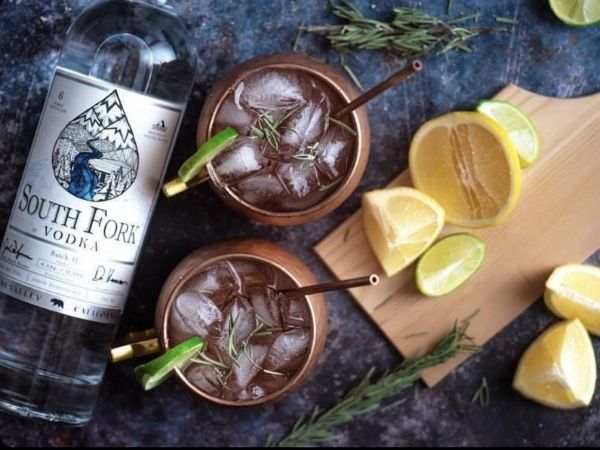 There’s always a need for good-news stories, but that’s the case now more than ever. If you’re doing something kind or clever or community-focused, that’s a great thing to tell people about - even if that’s not the reason you did it in the first place. A great example is South Fork Vodka in Northern California, which - when the Pandemic hit - pivoted to producing hand sanitizer, first for the local community and subsequently for emergency services in their region. It meant they missed out on selling vodka, but it drew them even closer to their local community. That’s the sort of story that people want to read at the moment.