Bartenders play an important role in the alcohol beverage industry. On a daily basis, they perform a set of duties. See what they are.

Bartenders play an important role in the alcohol beverage industry. At most on-premise establishments, they are the primary source of direct contact with the customer and are one of the most important factors in determining how successful a bar or restaurant can be. Moreover, in the social media era, some bartenders have acquired near-celebrity status, giving them enormous influence on what cocktails are popular, as well as what types of spirits are used to create these cocktails.

What do bartenders do?

On a daily basis, bartenders perform a set of duties that are fairly uniform across the industry, regardless of where they are working. For example, bartenders are expected to greet customers, hand out drink menus, and inform customers about daily specials. They are also expected to take drink orders. In some case, this happens directly, as at a bar. But in other cases, it happens indirectly, through wait staff taking orders at tables.

Thus, while being able to make a wide variety of cocktails and drinks is important, one should not overlook the role of “soft skills,” such as the ability to communicate with waiters and waitresses on a constant basis, the ability to work long hours while standing up, and the ability to process orders despite a constant buzz of activity and noise.

In addition, the “Occupational Outlook Handbook” of the U.S. Bureau of Labor Statistics (BLS) also lists the following duties as those that a bartender must carry out on a daily basis: 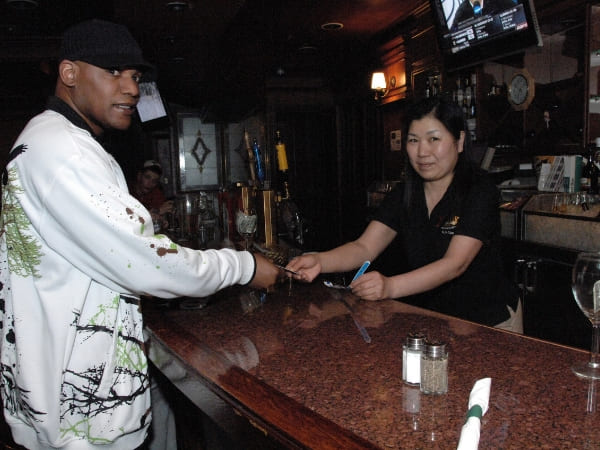 This last duty is particularly important at larger bars. Bartenders need to monitor the inventory level of beer, wine and spirits at the establishment, as well as all the other ingredients used to make drinks, such as garnishes and mixers. At some bars, this is done manually – going shelf by shelf to monitor inventory during closing hours. In other bars, this is done digitally through point-of-sale software programs. For example, every time a customer orders a glass of wine, the inventory of wine is automatically decreased to reflect that new order.

While bartenders may work 40 or more hours per week, that is not the norm. Nearly 40% (2 in every 5 bartenders) work part-time, as of 2016. And those 40 hours are predominantly at night, on weekends and during holidays – the most popular times for people to hang out for an evening at a convivial spot and order a drink.

How much are bartenders paid?

Every year, the U.S. Bureau of Labor Statistics (BLS) releases wage and salary information for every profession as part of its “Occupational Outlook Handbook.” And, according to this resource, the median hourly wage for a bartender in America is $10.43 per hour. Of course, this is a median figure, so half of all bartenders earn more, and half of all bartenders earn less. If you think about bartender salaries being graphed on a curve, the lowest 10% of earners make $8.40 per hour, while the highest 10% make $20.01 per hour.

The U.S. BLS also tracks salary and compensation by industry, and this is where the numbers get interesting. According to the U.S. BLS, for example, the highest-paid bartenders are in the hospitality industry (such as those that work at the bar of a major hotel). Also, bartenders who work in restaurants earn more than those that work at casinos, who in turn, earn more than bartenders who work in bars.

According to this industry data from the U.S. government, here’s a brief overview of median wages by sector:

So what accounts for this disparity in wages? One big factor is that total earnings are a combination of wages and tips. Thus, just comparing the hourly rate of a bartender is not enough; you also have to think about the tips they are receiving. At a hotel lobby bar, for example, there may be a group of business travellers there during Happy Hour, and some tourists watching a big sporting event on TV late at night, but you simply won’t have the same foot traffic as a popular neighbourhood bar in a big city like New York or San Francisco.

Thus, even though a bartender at that bar might make less in base salary, he or she can more than make up that amount through tips. And that’s especially true in upscale, popular or busy restaurants and bars. At these establishments, tips are what matters. It’s quite possible that a bartender will earn more in tips than in salary.

According to the U.S. government, a bartender is a “tipped employee” if he or she receives more than $30 per month in wages. In that case, the federal minimum wage is $7.25 per hour. Thus, on average, bartenders are paid approximately $3.25 more per hour than officially mandated by the federal government (if you use the median wage figure o $10.43 per hour). That is approximately 50% more than the minimum wage!

The rise of the celebrity bartender 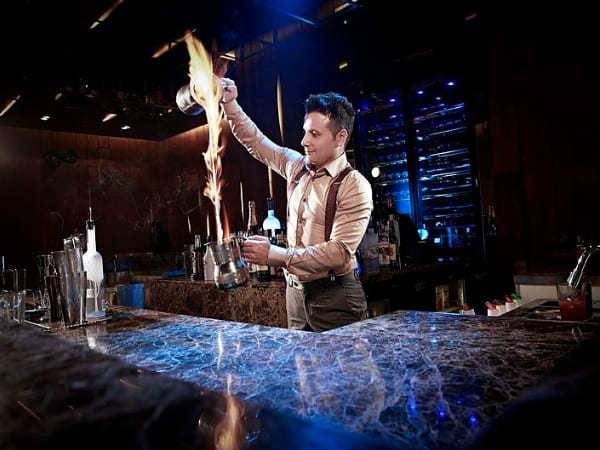 There is one more way that bartenders can increase their expected annual compensation, and that’s by tapping into the celebrity bartender trend. Today, many of the top spirits brands sponsor huge competitions to find the best bartenders, and the winners of those competitions can earn huge cash prizes. Cruise ships, for example, now often feature bartender competitions and organizations such as Beverage Trade Network (BTN) host huge competitions every year.

Moreover, the potential exists to cash in as a celebrity influencer on social media, with top brands paying bartenders and mixologists big bucks to promote their spirit (or, at least, cocktails made with those spirits). Perhaps the closest analogue to the “celebrity bartender” trend is the “celebrity chef” trend, in which popular chefs are able to get their own TV shows, book deals, and well-paid speaking gigs at major conferences.

Thus, if you are really looking to become one of the highest-paid bartenders in the industry, don’t underestimate the impact of social media. In addition to boosting the profile of your bar, your activity across social media may also be attracting greater attention within the industry for your creative cocktail creations.