One of the things that make Aupale Vodka stand out from its competitors is the ageing process. Vodkas are not typically aged, but Aupale Vodka is aged for two months making it a truly premium product. 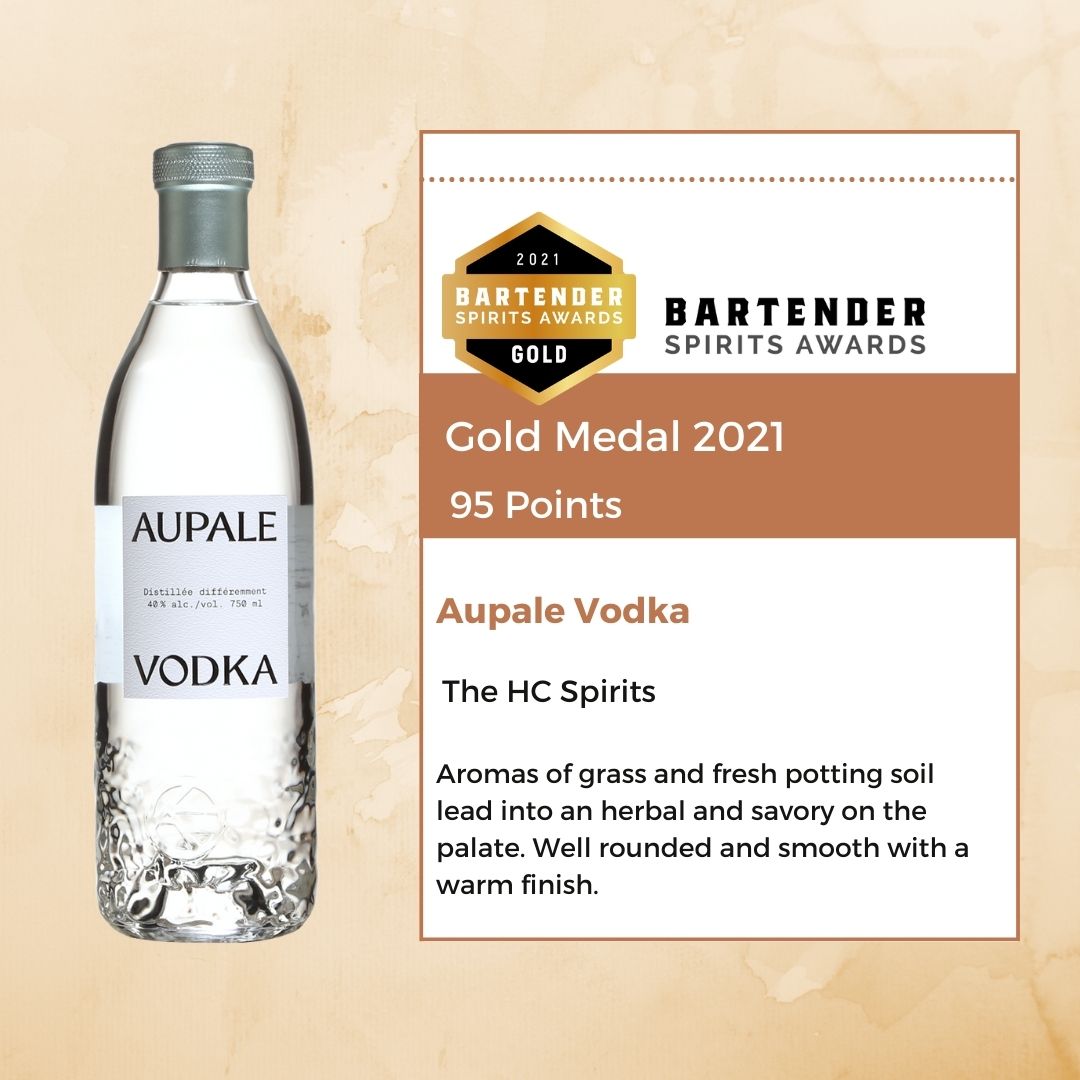 Aupale is a very pure vodka made with glacier water from Quebec’s North and distilled 7 times. It’s a high-end spirit to savor neat or to use for a glamorous version of your favorite cocktails.

The untouched glacier is found in Baie-Comeau in Northern Quebec. The water is so clean that no filtration is necessary. Within 72 hours, the glacial water is routed into Aupale Vodka’s still to keep it alive and fresh.

Aupale is a new generation of spirits that seeks to redefine luxury through simplicity and by design.

The bottle design is based on a traditional Bordeaux shape, whose texture transforms from smooth to rippled to create an optical effect of an icy base. Inspired by Finnish glass masters of the 60s, reinterpreted. The punt is debossed with the brand symbol to create the effect of a glacier standing in the centre of the bottle when viewed from the front. The silky pale green cap is made of 100% recyclable tin.

The visual expression brings an edge to elegance, offering a new desirability and contemporary perspective.

The vodka is corn-based making it gluten-free. It’s kosher as well. 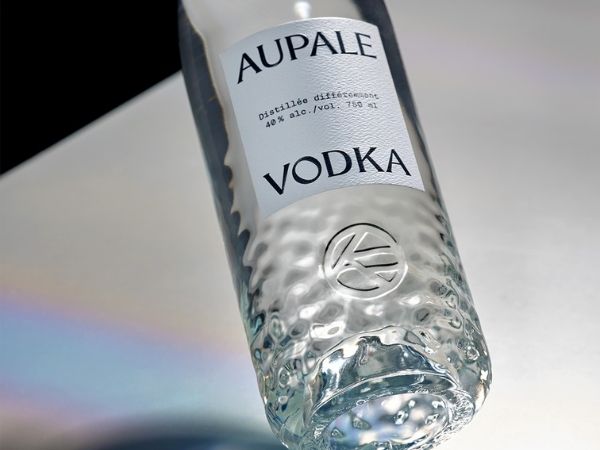 Aupale's bottle design is inspired by 1960s Finnish glass masters, as well as its origin: the glaciers of the extreme Canadian north below an Aurora Borealis sky. The challenge was to craft a custom bottle inspired by its origin, that was also based on the classic Bordeaux shape.

A plain and simple, white and black label do not demand as much attention as the tactile experience of holding the bottle in one’s hands. The brand's logo seems to denote a glacier's rough edges and lines in an intricate and irregular pattern that add a touch of charm to the bottle and box.

From sky to glacier, this exchange of natural energy influenced the glass' shift in texture from smooth to rippled, down to the icy glacial-like base. The brand symbol is debossed in the punt (the dimple at the bottom, which is a perfect half-sphere). When you look at the bottle from the front it becomes irregular, like an iceberg, because of glaciers’ organic texture.

A silky pale green cap made of 100% recyclable tin, nods to the Borealis sky, refined. The choice in typography brings an edge to elegance and a modern view of luxury for a brand whose distinction is unearthed from the ultimate inspiration: nature. 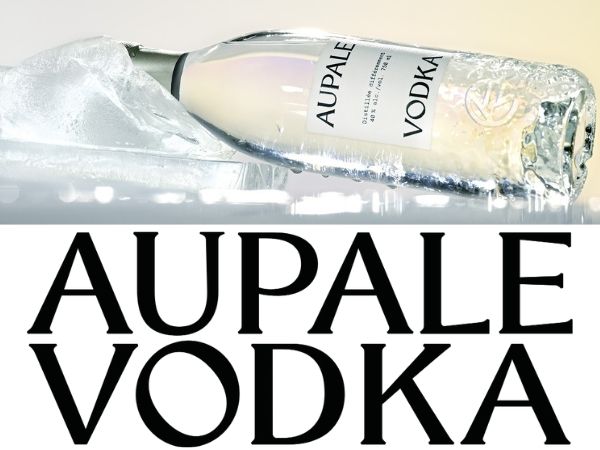 “Aupale is an exchange of natural forces from sky to earth, bottled.”

“We actually scoured all of North America, especially Canada, because we’re Canadian, to find the best water source. We found a hidden glacier that doesn’t even sell to the public yet. We’re trying to bring that water public in the near future,” reveals Anthony Boccardi, co-founder of The HC Spirits.

“We took that bottle and put a textorial pattern at the bottom. Then the top of the bottle is very clean which you see how it filters, very pure, very smooth. And the top of the cap is green, which is formed under the Aurora Borealis, which is visible at night time where our water comes from,” the co-founder continued.

The HS Spirits company is a Canadian Premium vodka producer from Montreal, Quebec.